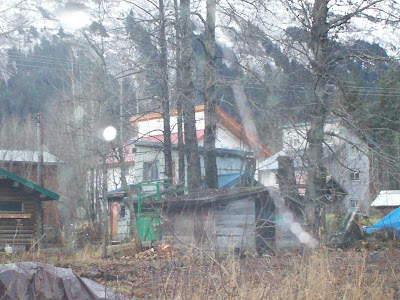 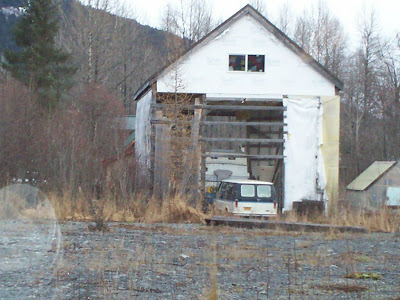 Have you ever needed such a break from your everyday that you get excited over the stupidest things?......Like going to the American Institute of Architects Convention.

I didn’t go to the convention last year because of Brandon’s death. I didn’t want to be sitting around the office during that time this year. So I pushed the principal’s of my firm to send us to Intern Bootcamp and the Convention down South.

So Rachael, James & I flew down on a commuter flight @ 6am. We showed up at the airport & we got laminated ticket stubs as our flight tickets. Then when we climbed onto the airplane we couldn’t stand up it was so small, but how great it was when the heat kicked on at our feet. I slept like a baby. My secretary reserved me a ‘mid-size’ vehicle. Apparent a Ford Escalde is now considered ‘mid-size’.

The Intern Bootcamp was a day filled with calculations and statics with a Structures professor from Virginia who was originally from Iran. He went over the General Structures and Lateral Forces portion of the Architects Registration Exam. While it hurt my head to remember four semesters of structural engineering, I think if I took this course anywhere else I wouldn’t of heard all about the earthquake forces. Anyway, we left early so I could go to the one art store to pick up the supplies that I ordered in September.

We drove down South to Girdwood. The big ski resort to stay in the only resort in Alaska. It was so fancy that I thought I was elsewhere. It had slippers & robes, a towel warmer and everything! The convention itself was nice but I wish we could move forward in just trying to convince architects to build sustainable & teach us more about it. 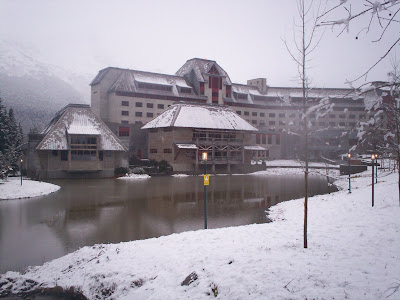 I snowed the entire time because its warmer down South than Fairbanks. By Sunday morning I had to shovel two feet of snow off the top of the SUV. I couldn’t reach it all even climbing up on the beast, so by the time we drove into Anchorage the snow drift on top of the SUV slid down the front and I had to make an emergency stop in a gas station to shovel it off. If your ever around the Stevens International Airport, pull into Garrett’s Tesoro Gas Station. The first thing that you’ll notice is the fake flowers duct taped on the pumps. Then when you go indoors, only a little portal is available to see out. The windows were covered with images of this Asian window. Then if figured out that she was the owner’s wife by the banners you could buy of her in her Miss Congeniality Asia. I really wanted to pry when at the cash register there were bobble-heads of Mr. Garrett you could buy. Where do you get those made? Christmas presents folks!

Miss you more than red-headed bobble heads, Victoria
Posted by Miss Victoria Regina at 2:14 AM
Email ThisBlogThis!Share to TwitterShare to FacebookShare to Pinterest

It was the big event weekend. Dancing both Saturday and Sunday at the two big dance events for me. Saturday was articon. I went early to see how the packaging for sipping steams turned out. I went to a tea party a couple of weekends ago that invited a couple that imported tea from china and was selling it locally. They saw me drawing at the comic challenged and asked for me to illustrate some images for a fantasy line of teas called “realms of the tea”. So I stayed up every night for two weeks producing fantasy images of a human, an elf, a fairy, a dwarf and an anthead mystic. The work was exciting because I’m still on a high from the comic challenge but even better is that they are going to pay me in tea!

The printing was done quickly with a dot matrix & without taking it to their graphic designer. The positive note was that I got free tea at the Con. Sipping “Dwarf” tea while getting a drawing made of me in Manga style was geekiest but best way to spend a Saturday afternoon.

That evening I danced with Cold Fusion for the Masquerade Ball. It was a built-up event. I made friends with the Goth Show DJ and she plugged our performance like a carnival barker. I was really nervous when I first went on and made some mistakes but my flapper dance wins them every timeJ

This is me with is our new dancer Rachael & the veil that she brought me back from India. 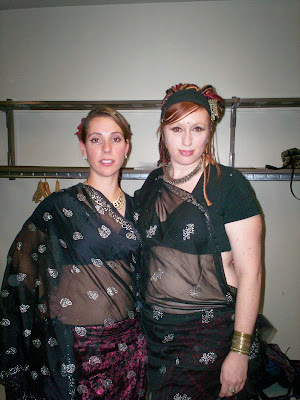 This is me with Liz doing our Japanese school girl pose. 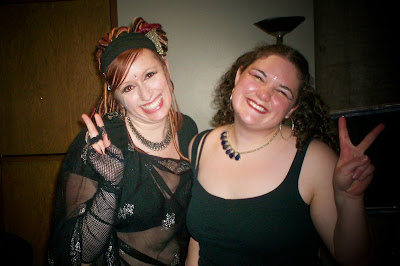 Diwali came in a hurry this year. We didn’t have enough time to teach the new dancers a new routine or costume them all. So we did a Solka, various poses that told a prayer. Once again I got dressed by an Indian woman. This year I’m going to learn how to wrap a sari…..it kind of embarrassing. Plus I need to use too many safety pins. I swear that the sari makers and the safety pin manufacturers are in collusion.

Miss you more than a second helping of Naan, Victoria
Posted by Miss Victoria Regina at 1:24 AM
Email ThisBlogThis!Share to TwitterShare to FacebookShare to Pinterest 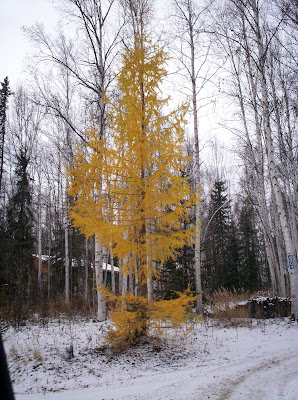 There's a scrolling sign for the University at the intersection of University & College there that tells what events are going on that week. I was sitting in my truck at the intersection on the way to work reading about the University Women's Craft Fair. The sign was listing the artist's and their crafts. It had one artist's name, OF and then the time. That confused me, how could a person be 0F 8:12am (yes, I was running late for work). My stupidity hit me like a brick. It was saying that it was 0 degrees farhrenheit out.
No going back now, full engines forward to winter.
Miss you more than a heat wave, Victoria
Posted by Miss Victoria Regina at 12:02 AM
Email ThisBlogThis!Share to TwitterShare to FacebookShare to Pinterest 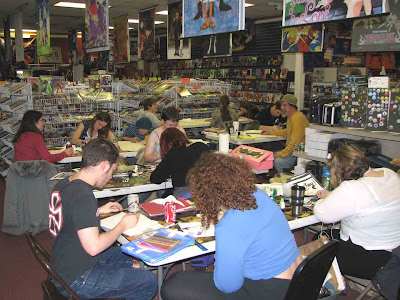 I got an email from the director of one of my dance troupes. She saw an advertisement for the 24 Comic Challenge to be held at the Comic Shop. She had this crazy idea to contact the facilitator to see if they needed any performers for this event. I was excited…not to be performing because she didn’t know that it was going to be held at the comic book shop & it wasn’t an ‘event’. I had read about the 24 Hour Comic Challenge happening when I was in Denver but I had never been able go. This was the first time that the challenge was to be held in Alaska & it wasn’t going to be in Anchorage.

My work has always been narrative; it only seemed natural to head towards comics. A comic book is so daunting if you’ve never had any training, so I hadn’t even tried. Doing the 24 Hour Comic Challenge seemed like a good way to test the waters.

The idea is to make a 24 page comic in 24 hours, you can’t bring any prepared images or reference images & its better to have no set idea. I did just that but with one exception, I made a stapled dummy- A blank version of the final comic so I could get the layout correct. This was wonderfully helpful during the challenge because I was able to come up with a story, see how many pages it was going to take up and layout the story from there. Other than that I brought black drawing paper, white drawing paper, some circle templates, Pitt pens, graphite pencils, white chalk pencil, charcoal wash pencil, electric eraser, white out & a brand new MP3 player. Okay, I got the MP3 player that morning, ran to work to add some files……but I added folders which don’t read and ended up only having three folders- Frank Sinatra, Devison & Zombie Girl to listen to for 24 hours…..Luck Be A Lady to Night……

I still felt under prepared compared to the other participants. Compared to the other 7 adults, I was the only one that didn’t take the Making Comics course @ UAF or have my own comics in print. Then I used my electric eraser & it was like showing matches to cavemen. No one had a clue what it was & freaked out every time I turned it on. I guess different trades do use different tools. Everyone had one in architecture school.

I’m so slow at drawing so I didn’t expect to finish at all. Maybe a couple of pages to get me warmed up. Then every hour I was finishing one page & before I knew it 24 pages in 24 hours. Of course I cheated….a little. Two pages were taken up by a cover and back page. Then one page was for Dedications and another was a Thank You sheet. Plus I was able to finish by putting some of my lettering off for another day (still to be determined).

While we were at the Comic Shop they still had the weekly card games going on all around us. Loud and obnoxious at times but great entertainment during the late hours. A conversation at three am would be about some super hero game, “How can you fight Superman against Double-Jointed Guy?! What, is he going to kick Superman’s butt by bending his elbows backwards?!” Then plenty of local artists came in to run errands & bring home-made treats. Plus the store made a great profit that day so they’ll do it again.

To recap the 24 hours: I drank 24 bottles of water, three donuts, four cookies, one bagel, two slices of pizza, went to the bathroom 24 times, one white out stain on my cardigan, 6 hours of snow, listened to three albums numerous times, had four hand cramps & inhaled Sharpie fumes from 15 different pens all at once. Good times! 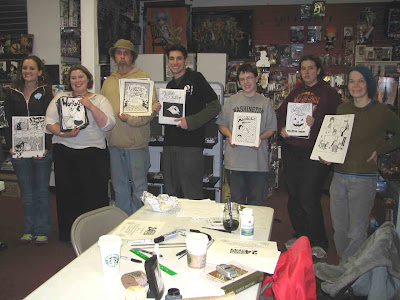