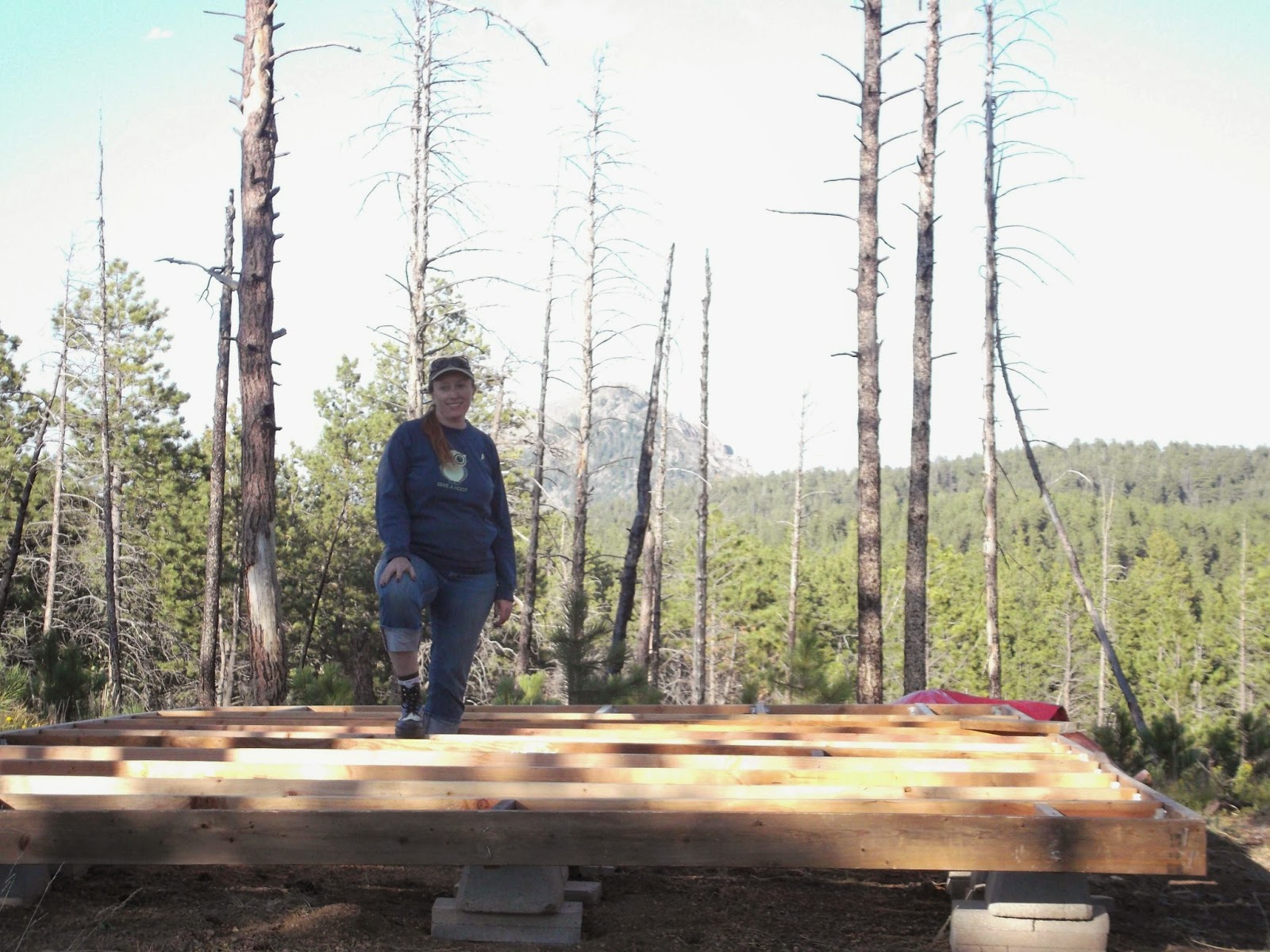 My building buddy Nicolas & I are done for the season. We consider a dry Spring-Summer-dry Fall a season because in the world of architecture there are only two seasons- WINTER & CONSTRUCTION.  I officially name this building season The Season of the Bent Nails. Since I didn't write about last building season I should let you know we called that season The Season of the Valley of the Stones. The season of the Valley of the Stones was the transportation of the foundation down a shallow incline, up a steep slope then across a mountain ridge.  If I was to do this again- llamas and sherpas.  It was the two of us.  Its hard to convince anyone to do that kind of manual labor when it evolves 30 lbs of lifting our a half mile 30 times.  My historically minded friend mentioned that the entry to Stalingrad was a rock.  The city was built on a plain without a quarry & if you wanted to come into the city you needed to help build the city.  Stalingrad offered protection & commerce, I just offer beer.

The Season of the Bent Nails was my attempt to repurpose building materials.  Some amount of 65% of landfills are filled with building materials.  My grand idea was to help the environment & my wallet but using salvaged materials.  If I have one lesson to teach, salvaged wood is good, salvaged fasteners are not.  I purchased a bucket of donated 16d nails from Habitat for Humanity.  If it wasn't for the idea of carrying them back down I would of spread them in the parking lot of the ReStore.  They either crumbled on the first stroke or the head snapped off.  ONE OUT OF TWENTY NAILS WENT IN THE WOOD. At one point I started using my most vulgar German, chucking my favorite hammer into the woods & spent the next half hour looking for it, cooling down, while Nicolas continued on with the work...laughing the entire time. 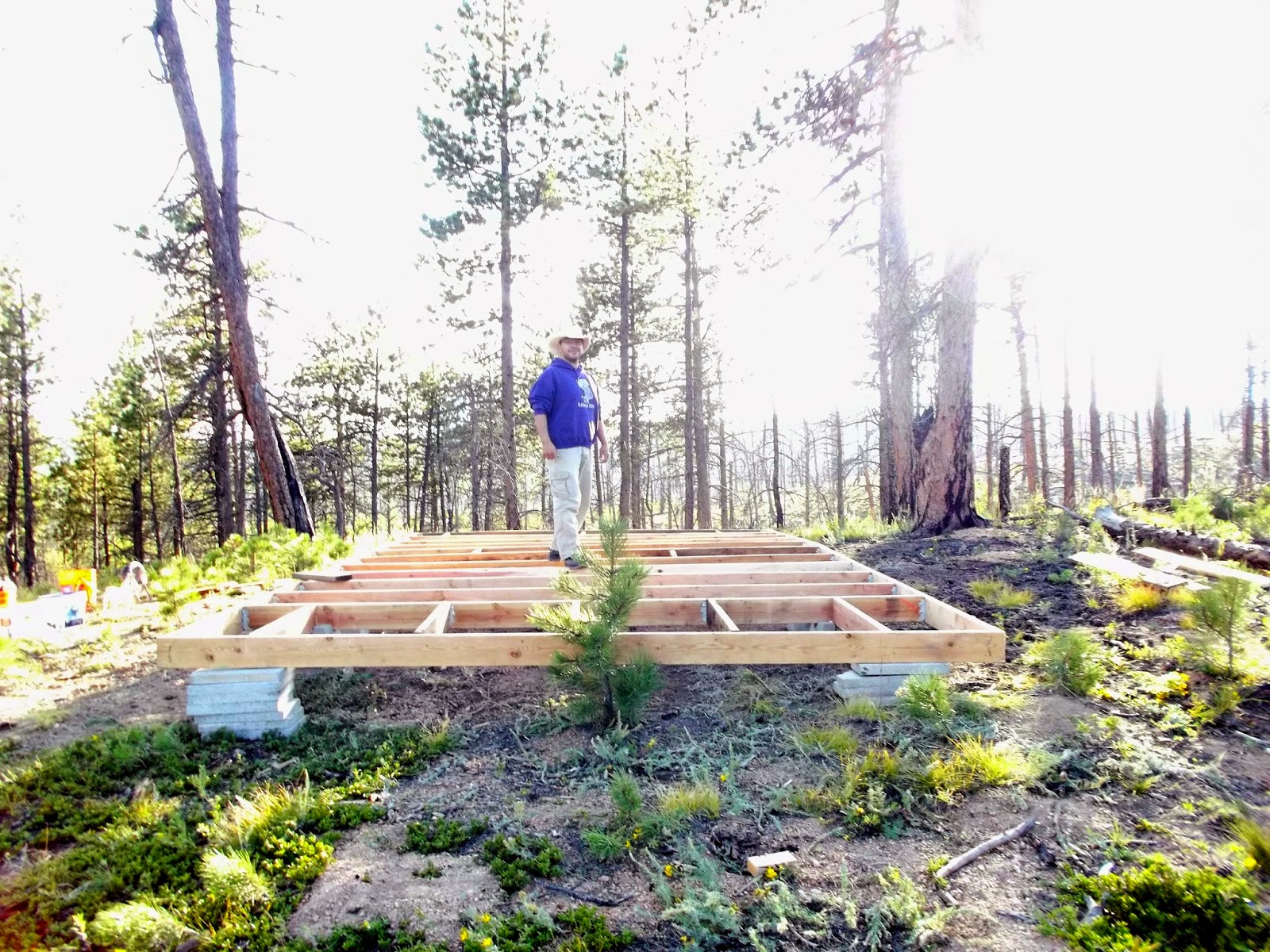 Before the explosive day hammering, my Mum helped level the foundation with me.  At one moment she told me that working on this made her want to live forever.  I like that thought & will hold onto it throughout the entire construction.  Do I know what the next building season will be called?  I'm hoping Finished but since our community in Aurora is pulling down the existing balconies to build new ones I've been eye-balling the roll-off dumpster. Chemically altered, composite decking come to mama, its the return of the Toxic-Avenger:)
Posted by Miss Victoria Regina at 9:09 PM
Email ThisBlogThis!Share to TwitterShare to FacebookShare to Pinterest

Our Mini-Moon to Santa Fe 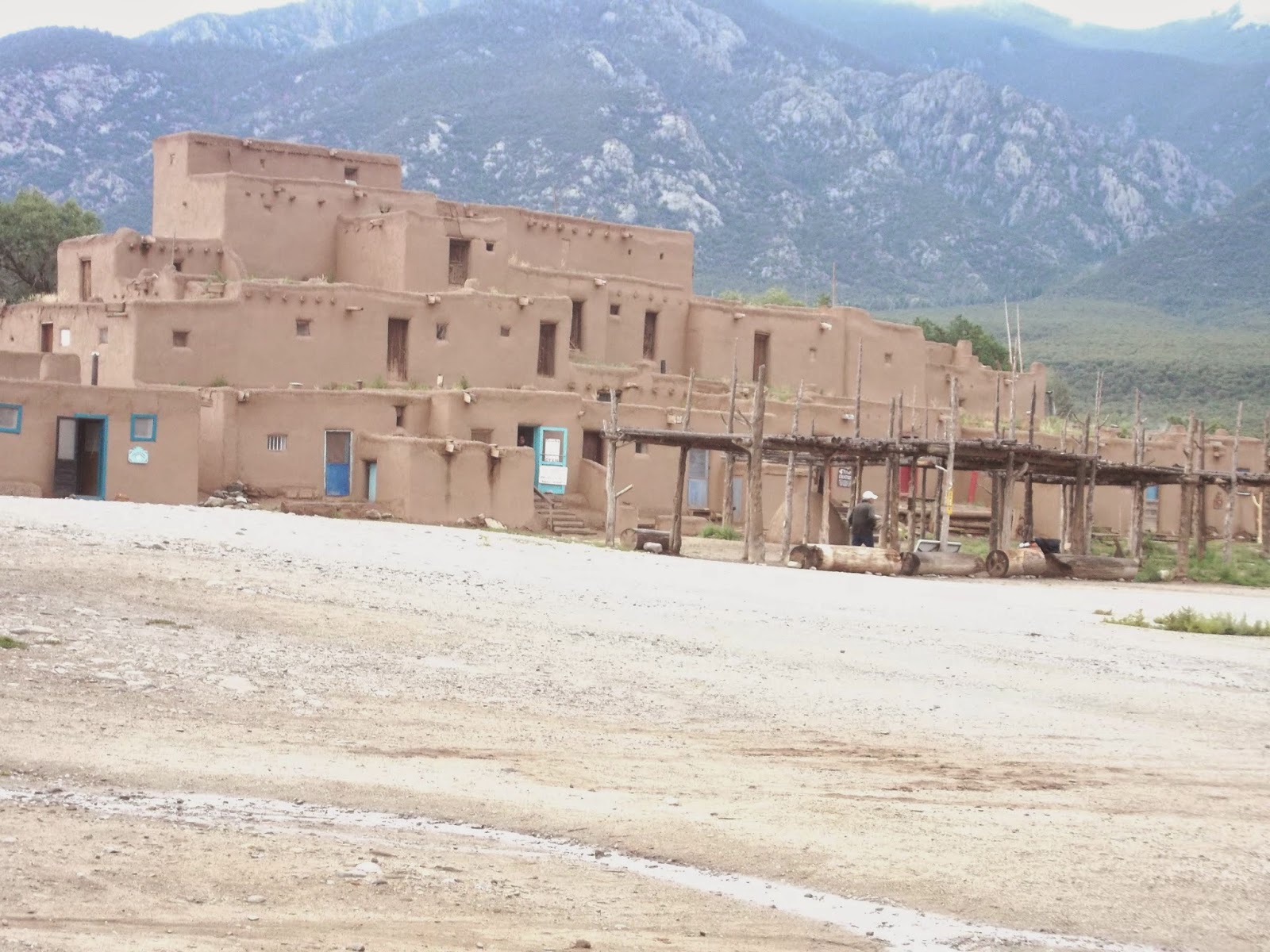 Rainy day after our wedding so we headed south to New Mexico- to more rain.  We paused at the Pueblo in Taos.  I had heard that it was lively but on a rainy day it was quite vacant.  We bought some fried bread from a women in a dwelling lined in tarps to catch the water coming through the holes in the ceiling.  The travel journal said that they live a subsistence existence similar to their ways of old.  I didn't see how that was possible with no visible crops or livestock.

We ended up in Santa Fe with our Honeymoon suite given to someone else by a computer error.  The un-named hotel did make-up for up but Nicolas will forever be steaming about it.  The next day we went to the open market at the old train station then off to Canyon Road. 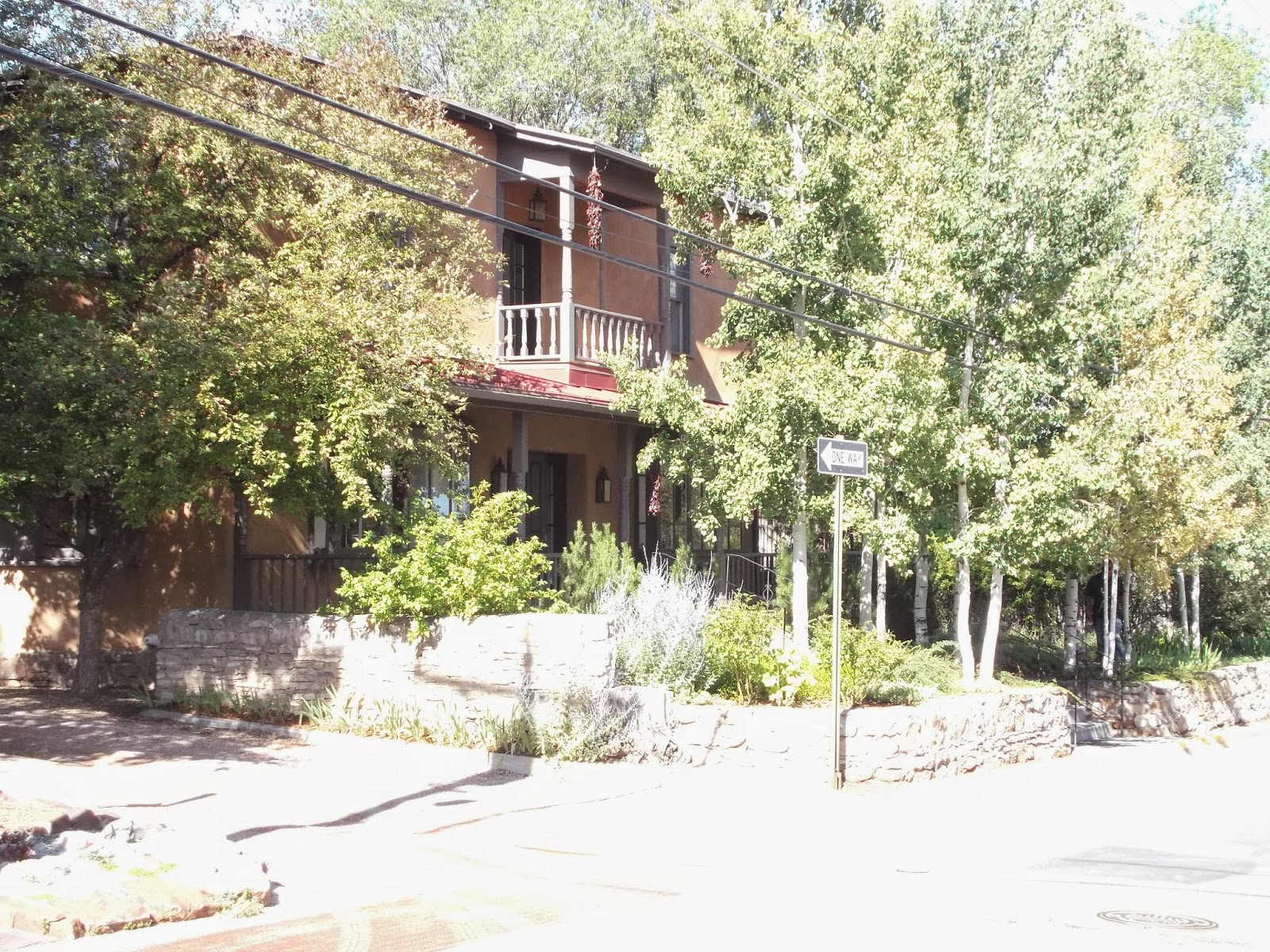 Wonderful artwork, architecture and weather.  Yes the main square is great but too touristy for us.  A more enjoyable market was in Taos where we did buy art.  We much preferred Canyon Road. We had a great stroll around asking questions, soaking up the culture.  I became obsessed with the woodwork and when I get obsessed with something, my husband gets to work trying to help me out. 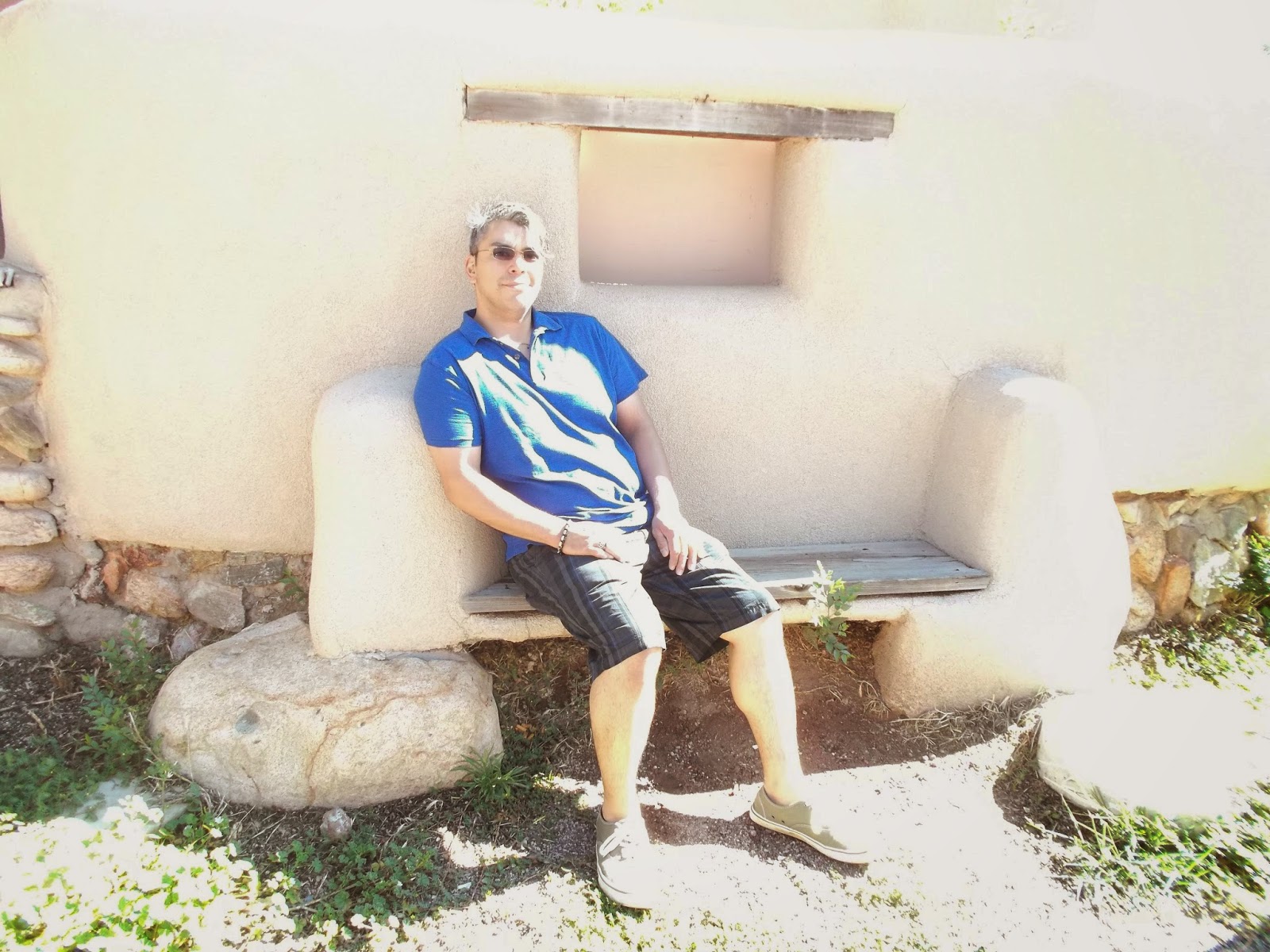 It was bizarre that in a town filled with architecture so unique and localized to this one town that the people living there had no clue who provides or maintains it.  It was only by chance on a drive that we came across Sereti & Sons. 70,000 square feet filled with doors, columns, shutters, statues and fortress gates from around the world.  I would of taken a picture of every inch but I respected their request to not take any pictures. 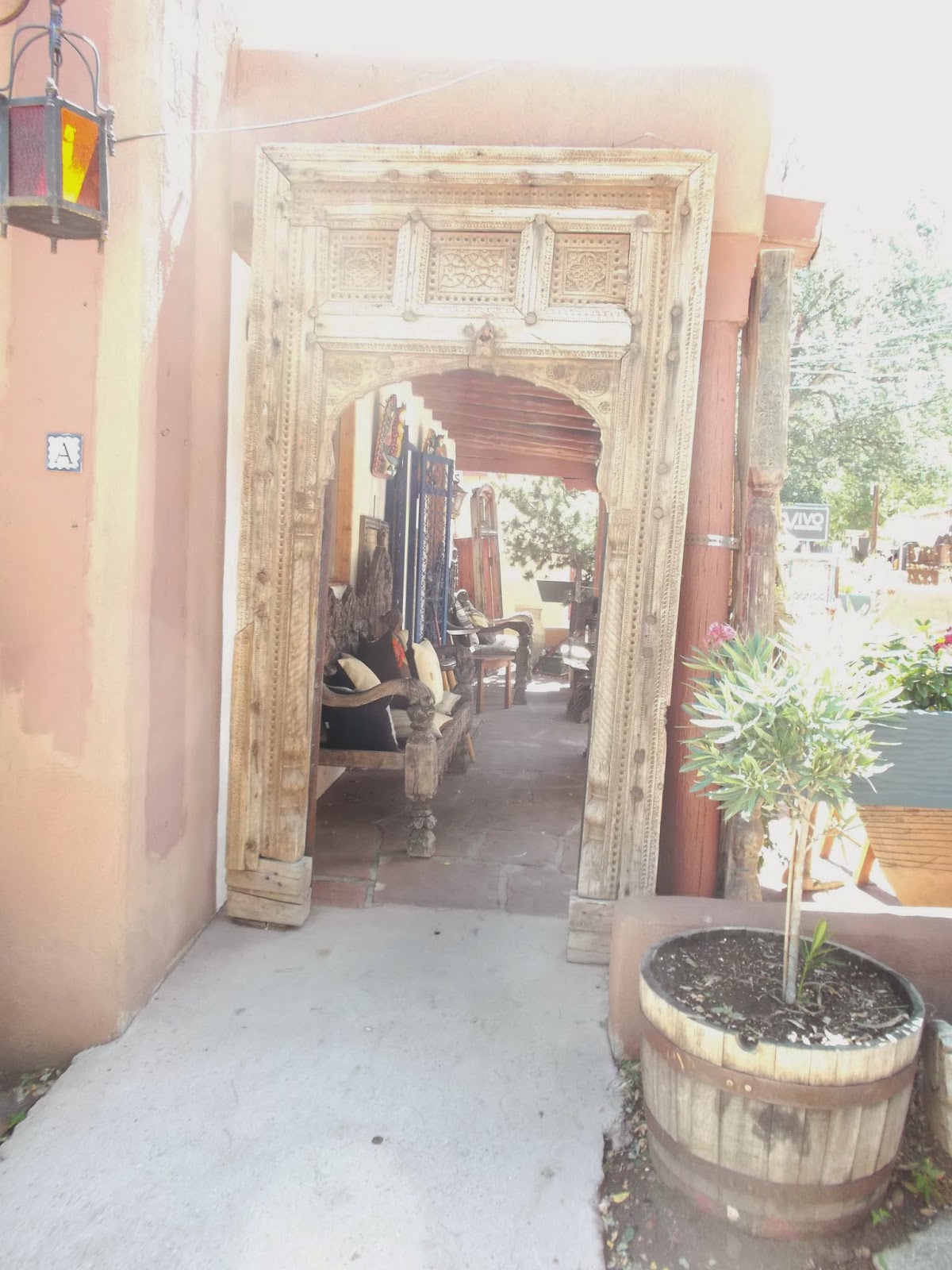 The most non-descript building in the town was this one, the oldest house in the United States. 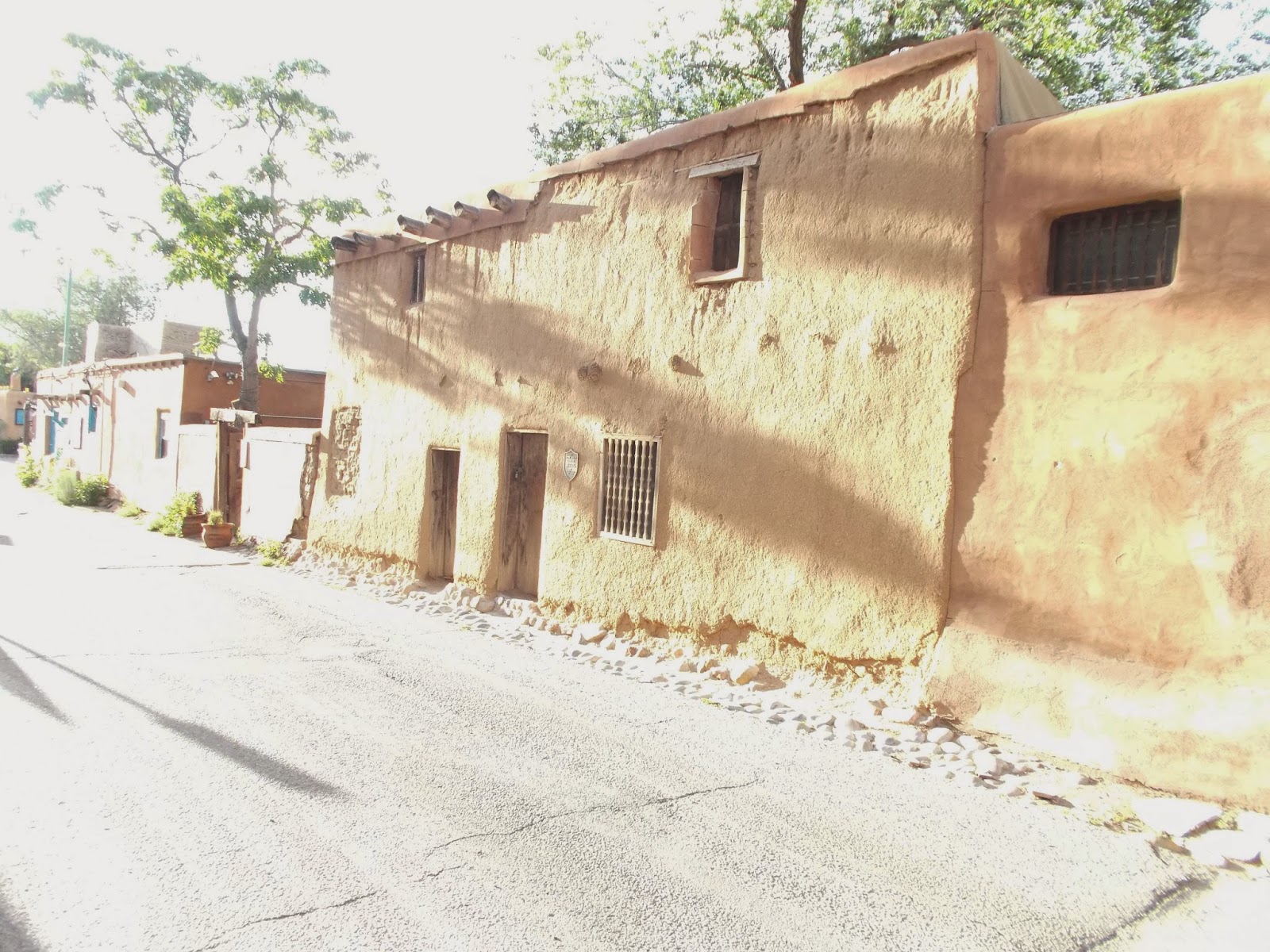 Alas this was just the mini-moon because Nicolas's management wouldn't allow him to take more than a week off of work.  Gracious we took a detour to the whole sanctuary in Chimayo & had a beautiful drive back to Aurora. 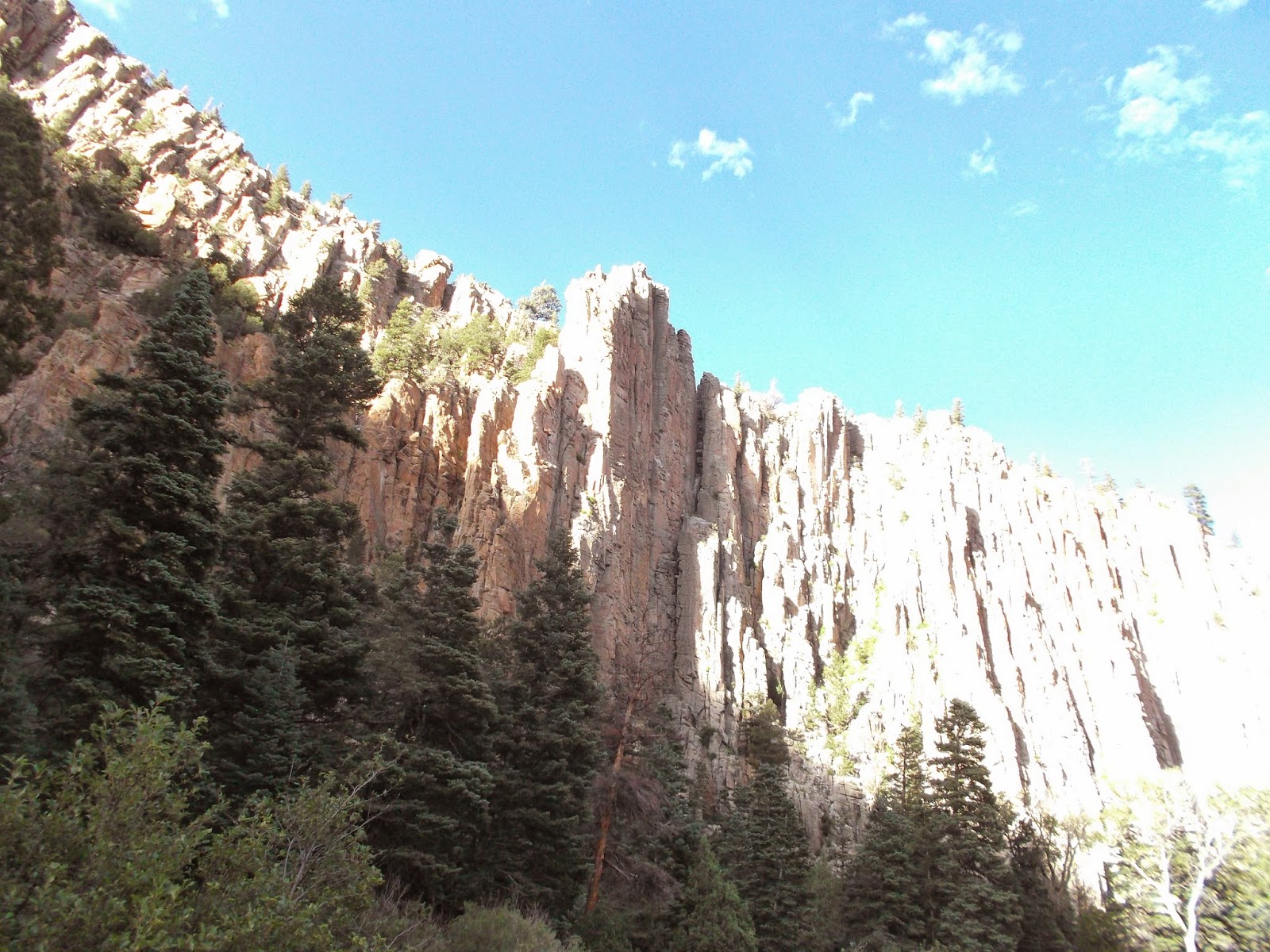