I went with my sister, her fiance, my best-friend & her husband & my sister's fiance's best-friend to the NIN/JA concert @ Fiddler's Green. Fiddler's Green is a terrible venue because they have sound restrictions plus they have the concerts end early....so it was like 'An Afternoon with Nine Inch Nails.' I am happy to see that it is a venue for the Outdoor Arts Museum. I love twig sculpture & here is a beautiful one that they have outside the gate. 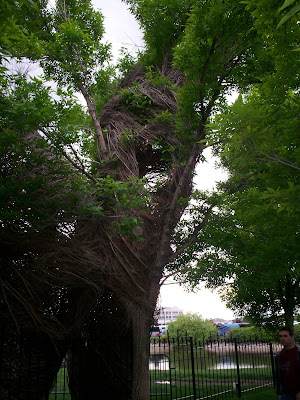 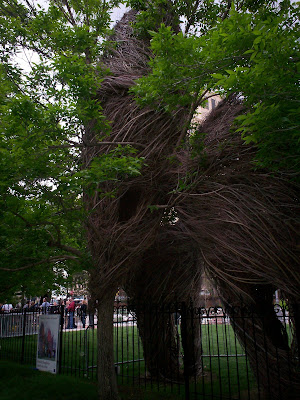 Posted by Miss Victoria Regina at 7:54 PM
Email ThisBlogThis!Share to TwitterShare to FacebookShare to Pinterest

I've been away from the computer for quite awhile. Right now I'm in the Pow Wow computer lab @ camp....but more of that later. A down-load of pictures is needed first.

From the Florida files: This is one of the brussel sprouts that I had for dinner that we got from the green grocers in Lantana. It was delicious. 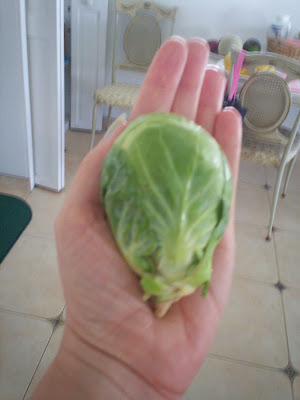 Those that actually eat brussels sprouts are amazed at the size of this one. Those that don't assume that its a cabbage.

I also volunteered at the Morikami Museum of their Hatsume Festival for 2 days. The decided this year to involve the rising crazy of teenagers interested in J-Pop culture. So they had a Cosplay contest on each day. I need a bumper sticker that says "Will stop to take pictures of Lolitas." 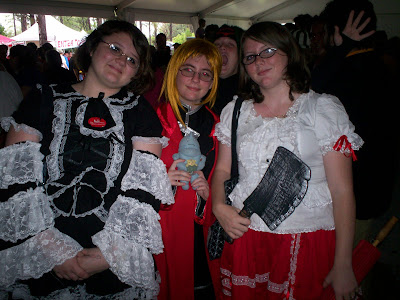