Taking on cookie swap like a commando tonight. All or nothing, do or die.  I agreed to go to a holiday cookie swap hosted by one of Nicolas's friends. I pulled out about sixteen cookie cookbooks from my cookbook nook & in the end decided to go with a few oldies but goodies.
I know that I should only make one batch of cookies but then I have an ulterior motive for even agreeing to go to the swap.  Last year I decided that I could only afford to make cookies as gifts. The best reaction that I got was from my bachelor friends. The universal reaction was 'what's this?'. The realization that I gave them holiday sweets was precious. It even saved one of my friendships.  So I'm doing it for the single men in my life.
I got suckered into a holiday charity last week. I got a coupon from Anthropologie for my birthday & then an email that said if I donated a used sweater I would get a $10 gift certificate. Finally the stimulus to get my nautical tea ware!  What a crock?! The $10 was a discount on a sweater in store that had to be bought on that trip....the Anthro sweaters start at $198.  So I just used my coupon for my storm in a tea cup. 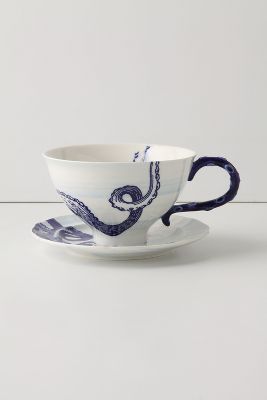 When you drink your tea down, it gets to the ship inside that is storming around on Earl Grey. All while your holding onto a tentacle.

I'm totally into their fusion tea set they have right now. Its tea for two literally! Two siamesed teapots & teacups. 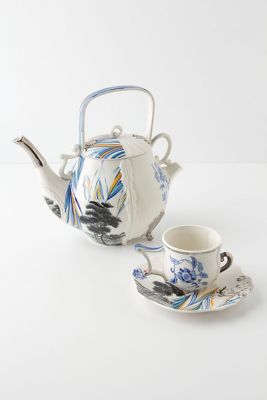 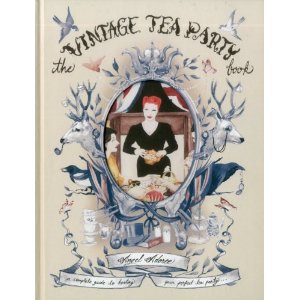 While I'm on the subject of tea. British, rock-a-billy tea parties. The illustrations are too DIE for. Bunnies in '40s dresses having tea...brillant. 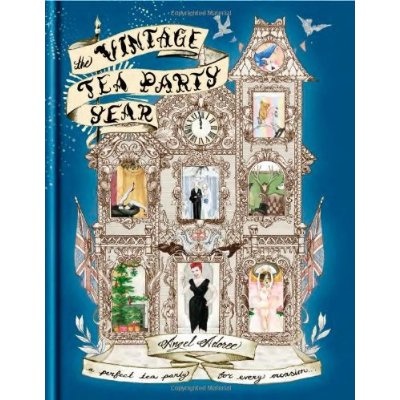