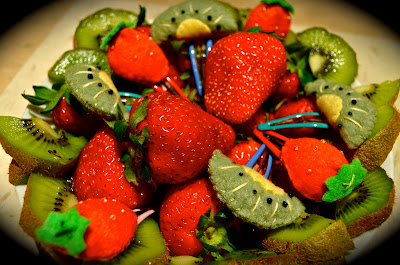 Few of us are blessed with the hat head. Hat HEAD, not hat hair. Yes, when you have a hat head, practically any hat looks great on your head. At an early age I fell in love with hats. The Easter bonnet that we would by every year. The sun bonnets that became so popular with Little House on the Prairie and Holly Hobby. Shopping at Harold's for wedding hats, an entire floor of hats! I would choose a hat & pick an outfit to go with it.

I love watching vintage movies just for the hat design. I love walking through markets & having stall owners go into their special stash for hats that work only on me. It was only nature that I would be drawn to make my own. I exhausted myself in trying to find instruction or workshops or even a textbook. Bless old ladies that pass on information. Eventually I got the knack of it started wearing them out and the weirdest thing happened- people liked them. My most memorable experience was at the Cherry Creek Art Festival. I went into a milliner's stall to look at her hats, put mine down on the table to try one on, a lady came up next to me, tried on my hat & asked the milliner's price! I was overjoyed and embarrassed at the same time.

My year of 'why not' all came with direction this summer. A thirty requests for my hats plus a friend lending me free studio space plus the Holiday Handmade equals action. I started with a few proto-types that I thought the general public would like. This way I would have something to muddle around in my mind while I worked on the Pret-a-Porter outfit. Once that was done I would do final designs for the Holiday Handmade submission...it was in the end of October like the last year.

Pret show was September 16th; September 17th I downloaded the prospectus for the show & I was in shock- the submission date was moved up to September 26th!! I spent every night in the studio working, not on final hats but mustering the proto-types to be presentable for photos. Good photos were a must, the prospectus laid out that the submission would be better if I had an Etsy site. So I hired a photographer & started searching for models. Oh models....I could only get one scheduled by the deadline...so we got creative and I too had to do some modeling:) These are some of the proto-types that are on my Etsy shop. My sister joined me & created some knitted baby hats that are adorable! 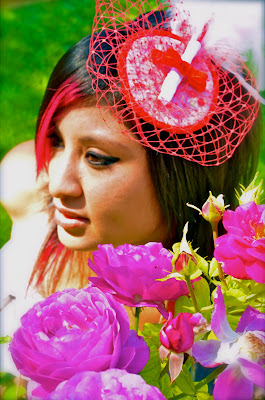 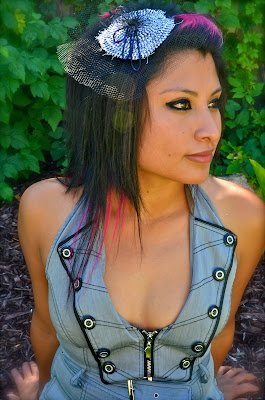 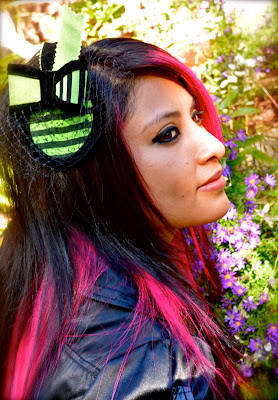 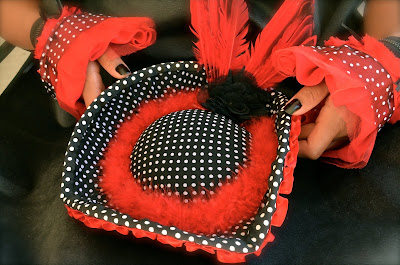 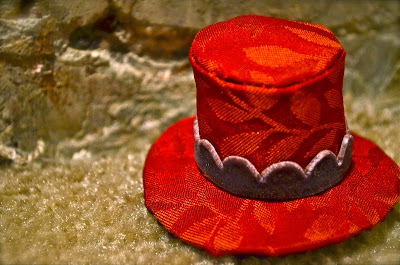 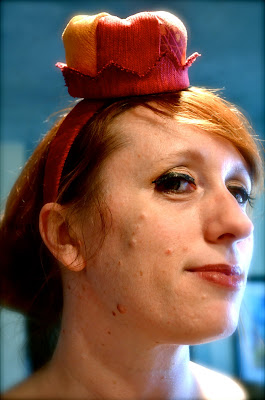 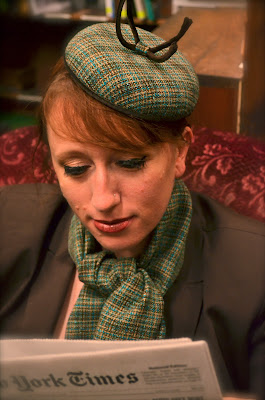 Posted by Miss Victoria Regina at 10:31 PM
Email ThisBlogThis!Share to TwitterShare to FacebookShare to Pinterest

Third year on the Women In Design team for the IIDA (International Interior Designers Association) Pret-a-Porter competition. Each year has been a different experience. The first year I was part of the team through a proxy. We discussed the design over phone & visit. I came up with sketches for the headdress & the team chose which one I would make. Then I worked in my cabin in Estes Park. Didn't see the final couture outfit until it was coming down the runway to win Best in Show.
2010 year was a devistating year. I was one foot in the team and one foot out. The outfit was in constant flux. I made some paper flowers but that was all for that year. The show was two weeks after my father's death. We didn't place that year.
2011 is my year to be involved. Its my 'what worse can happen' year. I'm glad that I did because this year the IIDA upped the anti. The competition still only allowed 25 teams but the attendance to the show has increased so it had to be moved from the Exdo Center in the warehouse district to the Denver Center of Performing Arts (DCPA) Ellie Caukins Opera House. We were expected to create outfits that would fit the bill of an opera house. On top of that, the IIDA wanted 70% of the outfit to be in the Pantone colour of the year- Honeysuckle. I love designing in warm colours...but the Pantone colour Honeysuckle is not honely-like at all- its hot pink!
Our distributor was Kimball Office Furniture. Hot pink office furniture! Tough but the WiD team figured it out. We did our digging and not many operas have good female role models, not something that WiD wanted to put our name on. So we did some reinvisioning in our design Steel Awakening as Madame Butterfly with empowerment. A form exposing dress with stylistic kimono sleeves. The base of the dress was representative of female sexuallity in Japan. Only female ghosts got to have a libido (as a demon) ancient Japanese could only tell these women were ghosts by the lack of feet; they moved around on a cloud. The obi belt made from braided macrame was to be holding a torso encompassing lotus that was formed from wood veneer. My headdress was formed out of task chair seat cushions.
Six weeks before the show the materials we chose for the outfit were still coming in. The main piece was the lotus cage that needed two 4ft x 8th sheets of veneer. What showed up us a stack of 8in x 10in sheets of veneer. A phone call was made to the IIDA & they allowed us to come up with an adjusted design & sketch. A couple days later we had a new design and we won the bronze. 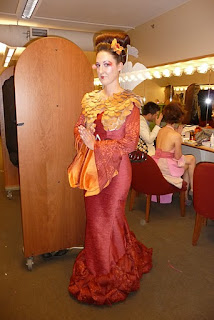 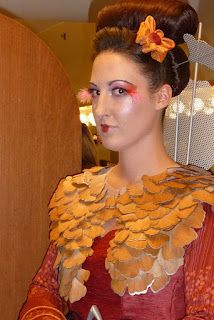 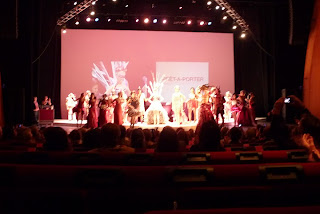 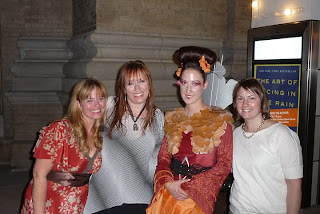